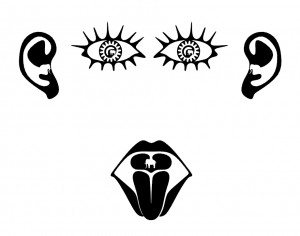 These organs are similar to electromagnetic recording and projection devices: We have two microphones (ears), a speaker (vocal tract), and two cameras (eyes). However, we lack a visual expression organ whose function corresponds to a monitor. 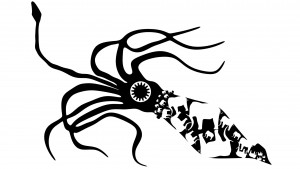 As a comparison,  „metachrosis“  of cephalopods acts like a monitor on their skin not only for camouflage or hunting but also for interspecies communication.

… in other words: With our biological body we can not modulate light waves as complex as we modulate audio waves. Nevertheless we have the ability to imagine, to create mental images and to think visually. Imagination and its most vivid form the oneiric dream enable to modulate, not the light itself, but  its image in mind.

Maybe the dream which is meant to be present in all mammals is an evolutionary steps towards the development of this missing visual expression organ.

Moreover it would not far away to tell that visual arts are developed as a prosthesis for this missing visual expression organ.  Visual arts and dreams share many common properties. The methods of visual arts which are largely based on methods of dreams and imagination to visualize the mental imagery in arts. Art makes modulation of light waves possible.