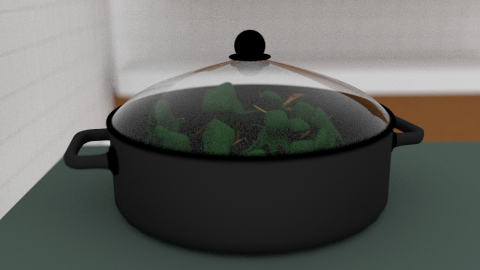 “Crabs, Frogs and Squids” is an experimental installation which aims to reproduce the phenomenon of “sudden transformations” of objects from nightly dreams into the waking life through an artistic virtual reality simulation.

A “sudden transformation”, which is also identified as a “discontinuity” by Adam Mamelak and Allan Hobson, is a “bizarre dream phenomenon”, which occurs when certain aspects of a dream (such as the plot or the persons or objects or actions) manifest a sudden change of identity or features or their location in time and in space. 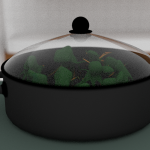 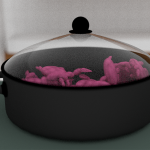 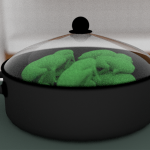 On 2nd of April 2013, I dreamt that several crabs are in a pot and they are fighting with each other to climb on top. On a second look, I notice that these crabs are actually frogs which are jumping in the same pot. Yet on the third look, I realize that these creatures are in fact squids which are captured. Short after the last transformation I woke up.

Allan Hobson and Adam Mamelak “explicitly assume that the isomorphism between brain and mind is complete, so that any form of mental activity can be equivalently represented at the brain level by some aspect of neuronal activity.”
So, if we return back to my dream, for the simulation of the transformations, which I saw between the three creatures in the pot, I used the data from an EEG (Electroencephalography) device. Hobson and Mamelak also mention that the bizarre phenomenon of “discontinuity” is linked in part to the absence of internal continuity in dreams. Internal continuity is a cognitive function based on memory, attention, and thought. 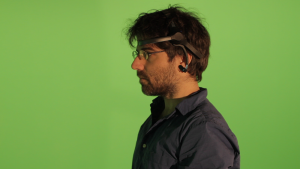 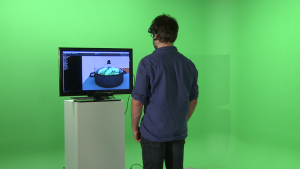