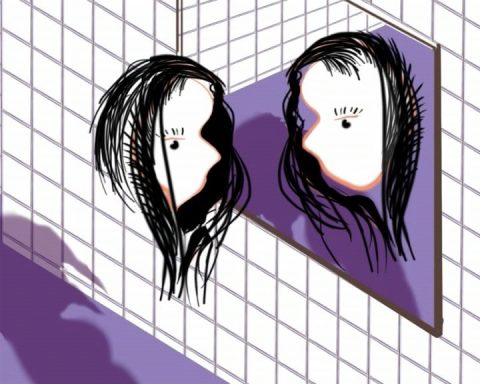 The animated film „Terror“ consists of fifteen sequences. I have the individual sequences in the framework of three years, quite independently produced and issued. After a critical consideration, I realized that these sequences can be designed together into a film, as small tales about terror. The resulting film, I have a piece of music background, from the album „terror“ Jazz Duo „mop de Kop“ originates from Saarbruecken.
The animation was awarded awarded „Octobre Rouge Mention Speciale“ in 2008 Esch-sur-Alzette, Luxembourg.

At the beginning of the film turns an hourglass, filled with ants, which are continuously running upwards (symbol for the endless working and the hopeless fight against time). Then we see how a bull elephant (the symbol for male sexual violence) eats a piece of flower and runs away. From the flower a bee flies out (symbol for self-sacrifice for the community). We see then a sexual act, which is reduced only to the genital areas. Next, a spider jumps (symbol for the undiscovered forces and dangers of nature) and a man into an artificial water canal. Then we see the following scenes: A water gun, which only works with two hands, a fly-spray, and an Oilpump which produces flying dragons. The dragons are flying and throwing bombs on the city in which the spider weaves a network in order to catch the bee. The bee can get away to meet a mouse (symbol of Technology), The mouse falls victim to an owl(symbol of knowledge). Due to the heavy rain falls a dormouse from the tree. (symbol for climate change).

After the sequence with an obsessed man who strews salt and vacuum cleans (symbol of the excessive enthusiasm for the technology and hygiene), which is opens from right to left and then opens from left to right again and again. (symbol of progress and backwardness). Meanwhile, we see the fly-spray again (symbol of the futility of the war).